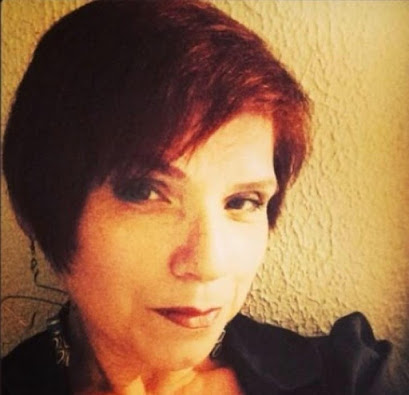 Susan Justiniano, as first-generation Puerto Rican Paterson New Jersey native, has been writing in her
hometown since the age of nine and highlighted her experiences growing up in Paterson through her
original work “By the Light of the Ghetto Moo”, which she debuted in 2019 in Jersey City, NJ.
She was introduced and fell in love with Jersey City’s underground Arts diversity and, RescuePoetix™
emerged in 2011 as an artist entrepreneur and arts business entity. Her professional arts career includes
artist development, marketing, contract negotiation, media sourcing, networking and artist bookings.
In addition to embracing artist entrepreneurship, writing and performing at live events, RescuePoetix™
has recorded over fifty (50) original works to music in English and Spanish, collaborating with producers,
artists and record labels from all corners of the world. As Executive Producer, RescuePoetix has
harnessed the ability to gather resources across the world into projects that impact souls without
barrier.
RescuePoetix has served on the executive committee of several Arts Organizations and is currently the
Treasurer of West Side Arts &amp; Music (Jersey City, NJ), a board member of In Full Color: Empowering
Women of Color (Jersey City, NJ) and a community lead for Free Mom Hugs NJ (Hudson County). As co-
founder, co-host and co-producer, current projects include House on the Waterfront (MD/DC)
OpenRoad Poetry (JC NJ) and Everything is a Story Podcast (JC NJ).
To learn more about RescuePoetix™, visit IG / Twitter/ Facebook / LinkedIn / Spotify / Apple Music /
wherever you listen to podcasts / wherever you purchase music downloads 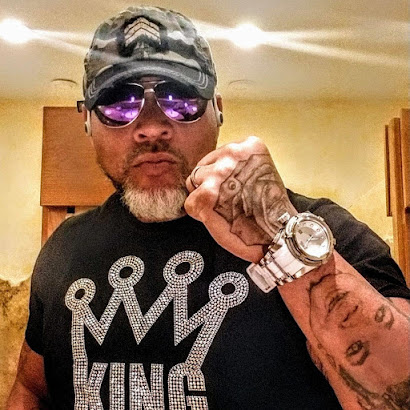 Also known asTheGrayGoatee is a husband, father, Preacha for the people, poet and author.  His first literary release (The Crack House) is still providing hope and inspiration for the sick, afflicted, and addicted.  He has humbly graced the stages of the world famous Apollo, The Theater at Westbury, and Madison Square Garden.  Considering himself a Spoken Word veteran Jaycen has been providing poetic entertainment since the year 2000.  He stands on a simple yet profound philosophy, “Make them experience your experiences.”

Nicolas Hornyak, or “Brother Nico” when a poem is involved, is a queer, Nuyorican writer based in Jersey City, New Jersey. He graduated from SUNY’s Purchase College with a BA in Creative Writing and concentrations in both fiction and poetry. He went on to publish two novels, and as a passionate role-player, contributed writing to several pen-and-paper games before circling back around to poetry. Such is how life goes sometimes.His poetry explores queer sensuality and doubt in opposition to modern masculinity, and his heritage in the face of assimilation. Interweaving fantasy with contemporary life, his work searches for answers in the conflict between queer expression, societal expectations, and primal humanity. He firmly believes that artistry and activism cannot be mutually exclusive, and lets current events seize the pen when frustration or anger needs to be heard. Nico is also a science educator who’s fond of interweaving math and computer language into his poems on the page.Outside of poetry, Nico is also a novelist, musician, and an award-winning RPG designer. His work has appeared in Italics Mine, as well as the anthology for New York’s Best Emerging Poets. 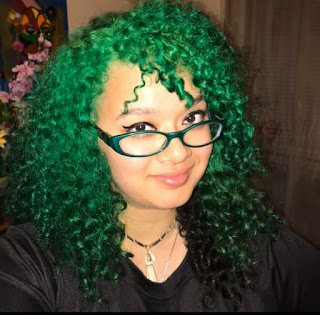 Crystal Davis is a mixed media artist and freelance writer, editor, and social media marketer. She
was born and raised in Jersey City, New Jersey and is the author and creator at Crystal Letters,
and the Co-Producer of OpenRoad Poetry. Her art and writing projects, Crystal Letters and
OpenRoad Poetry, have collaborated with local arts non-profit organizations and artists across
the Tri-State area. Her work has been published in several print and online publications,
including MookyChick, In Her Words from Thinking in Full Color, Emerging Poets 2019 and
2018 from Z Publishing, Megazine VOL. II, Unapologetic Women, and PATHS from New
Jersey City University.
Her work is inspired by nature, color, and the utilization of practical craft through art in the
visual and written form.
Website: http://www.crystalletters.com
Facebook: https://www.facebook.com/crystalletters/
Instagram: https://www.instagram.com/crystallettersofficial/

Craig Redmond is a long time student of the Arts and has studies acting and Drumming
for the Past 40 years, along with singing, song writing, and painting; His band C-Dreams
has played in many places across the Tri-State area, such as the Summer Festival,
Street Fairs and private parties. C-Dreams have an Old School feel for all ages to
enjoy. The style of music is eclectic, ranging from Gospel, Jazz, R &amp; B and Rock &amp;
Roll. In 1987 Craig was blessed to be the lighting Tech for Bruce Springsteen.
Completing his self-produced sophomore album entitled “Combination”; which precedes
his first self-released debut CD entitled “Momma’s Love”. The second CD has a diverse
feel to it, with Reggae, Gospel and Latin music in an instrumental genre. C-Dreams
Band/Entertainment was established in 2002 providing live band, he also is a DJ, Motivational Speaker and Drum instructor. Some accomplishments was he is a graduate of “Leadership of Paterson” in 2005, taking the Power Play Drum Line to the World Famous Apollo Theatre in Harlem NYC in March of 2009, Performed at the N.A.A.C.P. awards ceremony in November 2001 and again at the Foregates County Club for Y.M.C.A. of Paterson Youth Award Ceremony October 2011. He has performed with such acts as George Benson, Angie Stone, Tevin Campbell, The Clark Sisters, and many more. He has established a free yearly Drum Clinic Workshop, which is currently in its 21 st year and counting. Craig has recently been hired for the position at Eastside High School as the BandDirector, in which he considers this a blessing because of his passion and God given
talents as a musician.Currently, he will be in the movie titled “16 Bars” he has also been seen in the movie, “Stolen Dreams”, his first Christmas CD entitled “I’ll be Home for Christmas”. Craig has also been interviewed and plans on returning to WFDU radio 89.1fm. He is in the process of writing his own Autobiography called “Everything Bad Don’t Happen in The Hood.”
cdreams66@msn.com
Office 973-225-0087 Cell: 973-223-2609
Facebook.com/CraigRedmond
You Tube Channel: bigcdreams 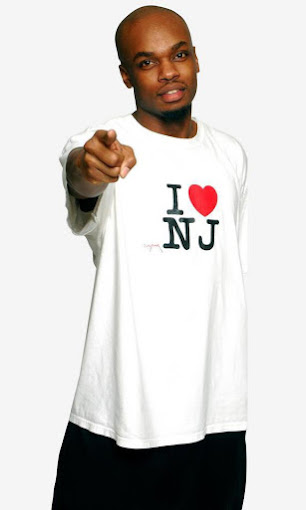 Uninvited Maine is the returning host of the Paterson   Poetry Festival SLAM and the founder of IMOO   Entertainment,  Poet, host, musician, curator and   father of five amazing children, author of several   poetry collections and CD recordings. His poetry is   passionate and deals with topics such as fatherhood,   cultural identity, and the politics of being a complex   human in a Black Male body. His poetry is not to be   missed. He was raised in East Orange, N.J. has been performing since 1998.He landed a spot on the 2007 Nuyorican Poetry Slam Team is the 2008 New Jersey Grand Slam Champ. He continues to produce spoken word albums,host shows and conduct workshops.He is the voice for the voiceless and the choice for the choiceless 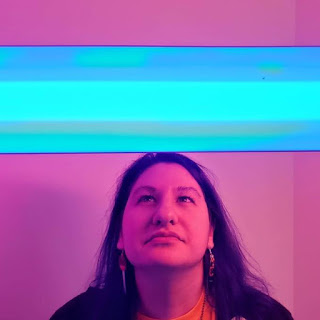 Gia Grillo was born and raised in Lyndhurst, New Jersey. She started writing poetry at a very young age after being given a copy of Poe’s collected works and finding a binder full of the poetry her mother wrote in college. She honed her voice during her high school years and helped start a poetry slam that continues at Lyndhurst High School today. Poetry has always afforded her the ability to color outside of literary lines and that form in formlessness is still reflected in her work today. She has helped run workshops for students, hosted and participated in community workshops and open mics, all focusing on poetry as a cathartic and accessible art form. She has been published in Outlook Springs, Virga Magazine, and as part of the Red Wheelbarrow Poet’s anthology.  Her first chapbook The Moon Poems was published by Ethel Zine in 2019.

empowering women of color through education & the art

In Full Color is an award-winning organization that empowers women of color through education and the arts. We are leading a storytelling revolution that empowers woman-identified creators from marginalized ethnic groups to achieve the highest levels of Authentic Representation in theater, visual art, comedy, music, dance and other media. We also aim to entertain and educate audiences of all colors and genders about the need for diversity in the media, racial issues and cultural exchange. We were previously known as Thinking In Full Color. IFC is a sponsored project of Fractured Atlas, a non-profit arts service organization. For more information, visit http://www.InFullColor.org 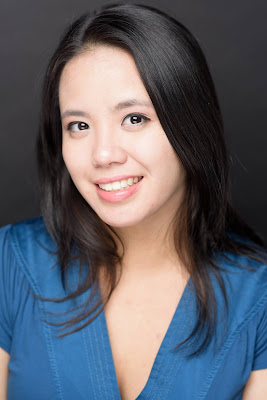